“Orange Is The New Black” Season 4: 6 Things We Know

“Orange Is The New Black” Season 4: 6 Things We Know

“Orange Is The New Black” season 4 will be available on Netflix from June 17th. What’s in store for fans? We draw conclusions from season 4 production stills. 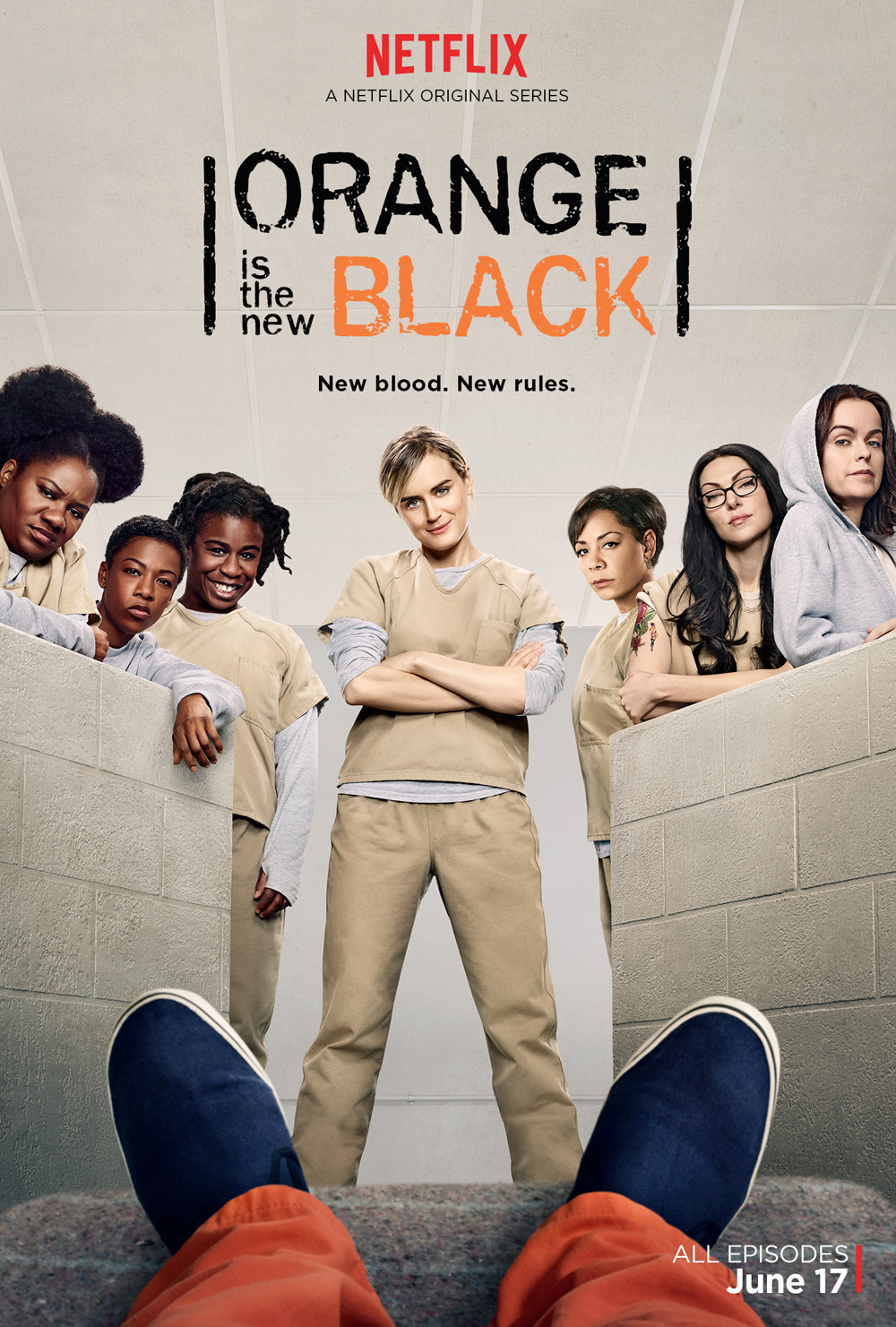 “Orange Is The New Black” season 4, premiering June 17th, will be an ongoing saga around the lives of the inmates at Litchfield. Here’s what we know from production stills. 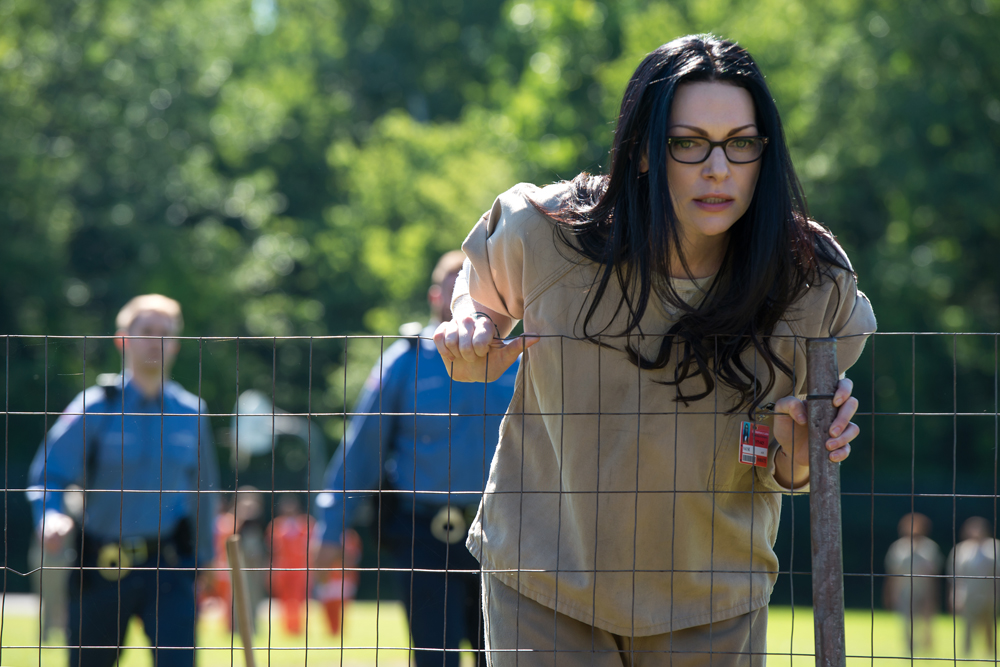 Since Alex Vause (Laura Prepon) landed back in prison, she had some kind of feelings that she was being watched. Her paranoia came to a head when she finally came face to face with one of Kubra’s henchmen in the greenhouse at the end of season 3. From production stills, though, it seems AV lives to die another day. Will it be a quick slock or a slow burn? With the menacing Kubra, you can never tell. In season 3, celebrity chef Judy King (Blair Brown) is found guilty of tax evasion (Martha Stewart much?). At the end of the season, she turns herself in at the Litchfield Penitentiary. The addition of Tony Award winning Blair Brown to the OITNB ensemble, will take the talent up a few more notches. It will be interesting to watch the fan-idol dynamics between Poussey (Samira Wiley) and King play out on screen. Plus, she could possibly give Red (Kate Mulgrew) a run for her beloved kitchen.

Lolly is still around! Lolly (Lori Petty) is a delightful addition to the mixed bag of nuts serving time at Litchfield. A cross between Ellen DeGeneres and a ball of nerves, she terrorizes Alex when she first arrives. But it’s much ado about nothing when she’s later found to be harmless. It was a relief to learn she’s but a harmless paranoid, so we could enjoy her character fully instead of being in a constant state of half-enjoyment, half-fear like we were whenever Vee (Lorraine Toussaint) was in a scene. 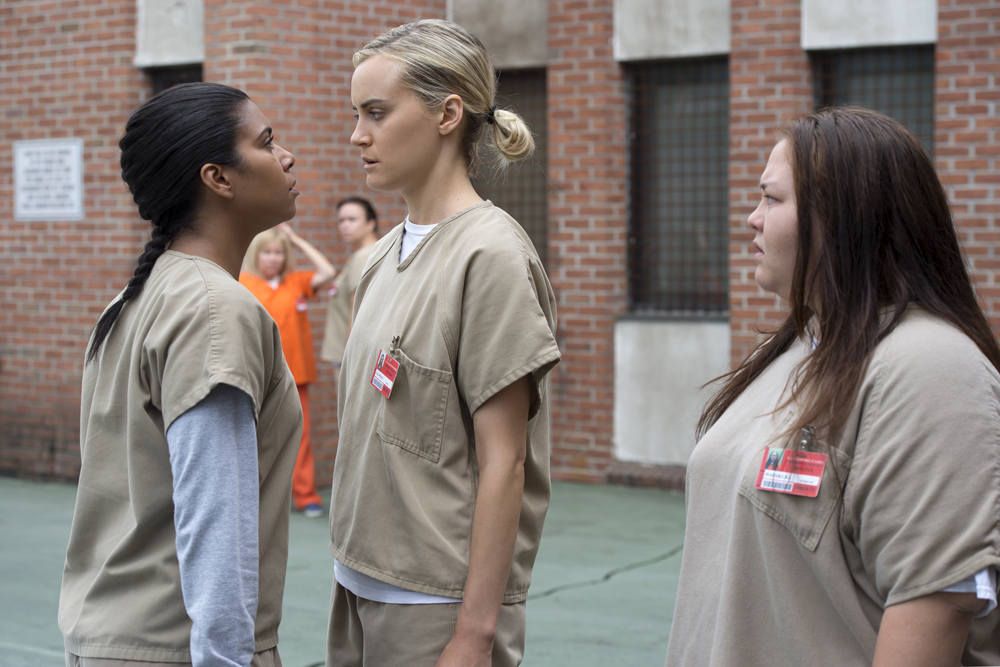 At the end of season 3, Piper runs a brisk business sending panties worn by inmates out into the real world, where they are snapped up by perverse men from Toronto to Tokyo. She cuts Flaca (Jackie Cruz) out of the operation when she suspects her of being untrustworthy and even frames resident heartthrob, Stella Carlin (Ruby Rose), landing her in max just days shy of her release. But has Chapman truly gone from Pipes the ex-PR exec to Piper the hardened prison gangster?

Sophia is not coping 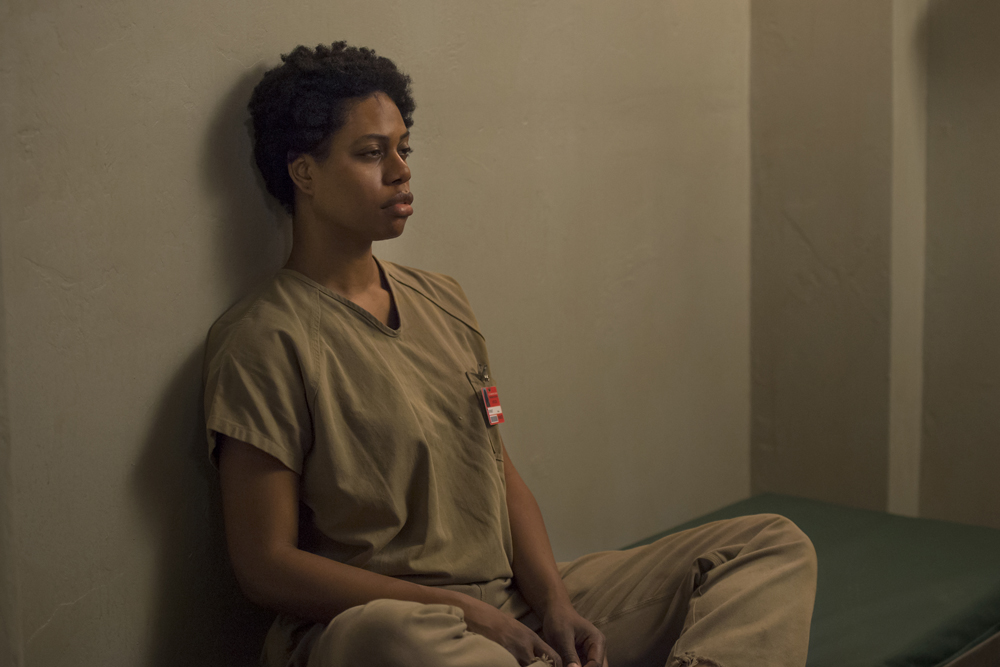 In season 3, Sophia becomes a victim of a few transphobic inmates who attack her in her sanctuary, the salon. Following some maneuvering by the new corporate overlords of Litchfield, it is Sophia who ends up in the dreaded SHU. From season 4 production stills, it seems Sophia is not taking well to her new abode. Her weave is gone and she looks but a shell of her former self. In the last season, Big Boo and Pensatucky (or, “Pensafucky” as Boo used to call her) strike up an unlikely friendship. So much so that when Pen becomes a rape victim of the aggressive and disturbed new officer Charlie Coates (James McMenAmin), Boo jumps in to help Pen seek revenge. We learn that their revenge doesn’t go according to plan in the end, but it seems in season 4, Pen and Boo remain close. We also know that Coates didn’t lose his job because Pen never ratted on him. So what next? June 17th, wait for it.