In case you haven’t realized, Sandra Riley Tang of The Sam Willows stars in the new Nike NTC yoga campaign. Sandra Riley Tang is the only Singaporean to feature in a global Nike campaign.

In late June this year, yoga workouts were introduced to the Nike+ Training Club (NTC) app. A campaign video was rolled out alongside the announcement, and we spotted a familiar face – Sandra Riley Tang of The Sam Willows. We knew we had to ask her about putting Singapore on the map through music, and now, sports.

“People always think, like, ‘Sandra takes a lot of risks, she’s such a daredevil’, but I’m the scaredest person,” is perhaps the most striking thing Sandra told us about herself when we met on a Sunday morning at the Nike store in Paragon Orchard, Singapore.

About 25 yoga enthusiasts (and Sandra fans) had gathered there for a session of restorative yoga led by Sandra to introduce the new yoga workouts on the NTC app. Sandra led a restorative yoga session at the Nike store in Paragon Orchard, Singapore, on June 30.

During the session, there were moments when Sandra almost couldn’t resist veering from the standard routine, adding a surprise leg lift here and there to make the practice more challenging.

Point is, it’s hard to believe Sandra is as fearful as she says she is when you think about what she has achieved so far. And her infectious energy and adventurous choice of blue hair are not exactly the image of fear. 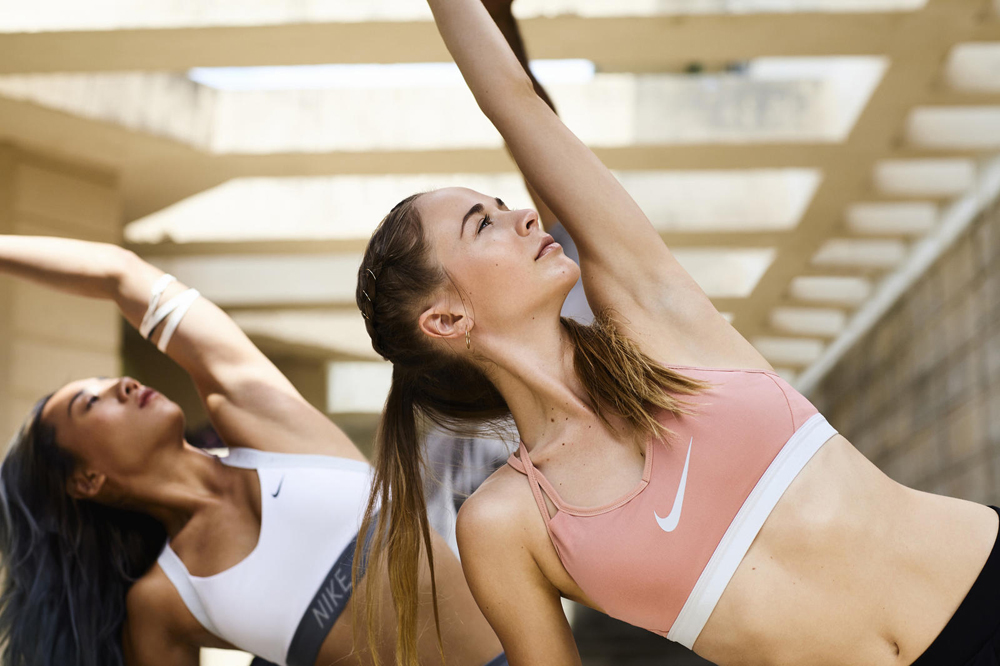 “I’m the first Singaporean to star in a Nike campaign and the only Asian to front the campaign, so I consider myself very lucky, and I’m very, very honoured to have done it,” she said of the experience.

Sandra, who has been working with Nike for about two years now, said the opportunity was a natural progression once NTC added yoga workouts to its repertoire of training options. The workouts, which are free on the NTC app, range from 15 to 45 minute sessions, and fall under three core categories: endurance, strength, mobility. Sandra discovered yoga by accident three and a half years ago and it changed her fitness routine completely / Screenshot: Nike+ Training Club Yoga to Unlock a Better You.

Sandra’s relationship with yoga goes back a little further than her partnership with Nike. She discovered it three and half years ago through Groupon, the promo code website. She found herself hooked after her first lesson because it was so different from the sports she had been exposed to through years of playing competitive touch rugby and netball in school.

“I was so out of my element. Everyone was so flexible and I wanted to be able to move that way with my body as well. And I knew there were benefits to it, that’s why I kept going back – it was a challenge to myself to become better at something I was horrible at.”

Sandra kept at it until she eventually took up her teacher’s training to become a certified yogi. In 2015, she started her yoga studio, The Yoga Co. 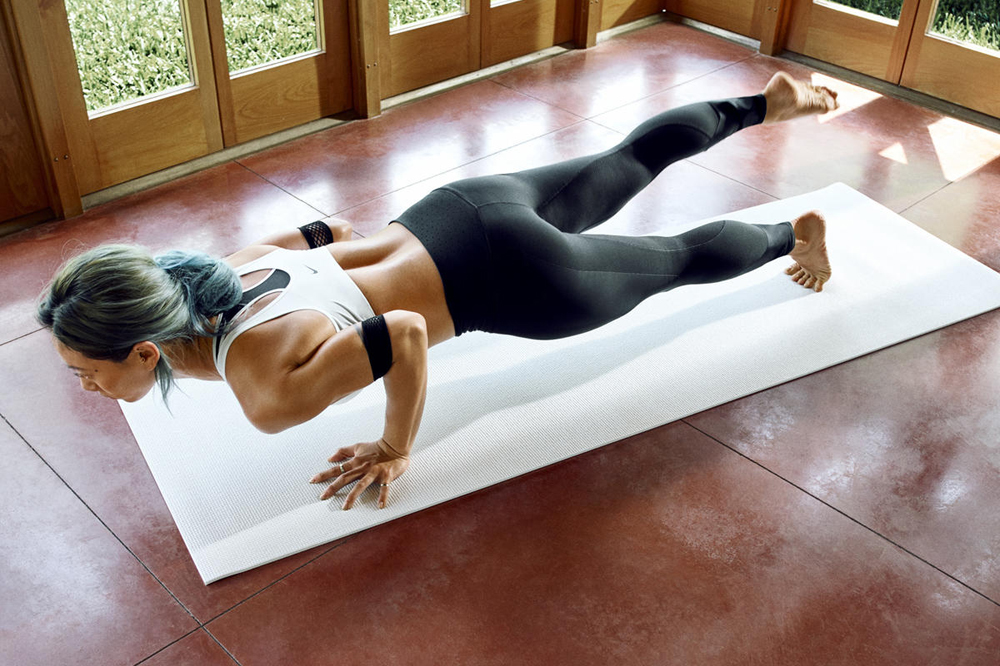 “I was so out of my element. Everyone was so flexible and I wanted to be able to move that way with my body as well,” said Sandra of her first brush with yoga.

Brazilian Jiu Jitsu (BJJ) is another sport that Sandra spends time training in these days. She picked it up two years ago after completing her teacher’s training in yoga and yearned to be a student again. She dabbled in Muay Thai at the Evolve MMA gym, where she was eventually introduced to BJJ.

“Once again, I was so out of my element. It’s a strategic martial art that’s not all explosive – also why it’s called the gentle art. So continuing from yoga, BJJ molded the mindset in me that it’s not always quick and fast – you need to calm down because if you don’t, you will lose.”

Sandra has great aspirations for her foray into BJJ and hopes to compete in world competitions one day. She has already taken part in three competitions so far, and has won two of them. She won silver in the Pan Pacific IBJJF Championship in Australia and gold in a competition held in Singapore. 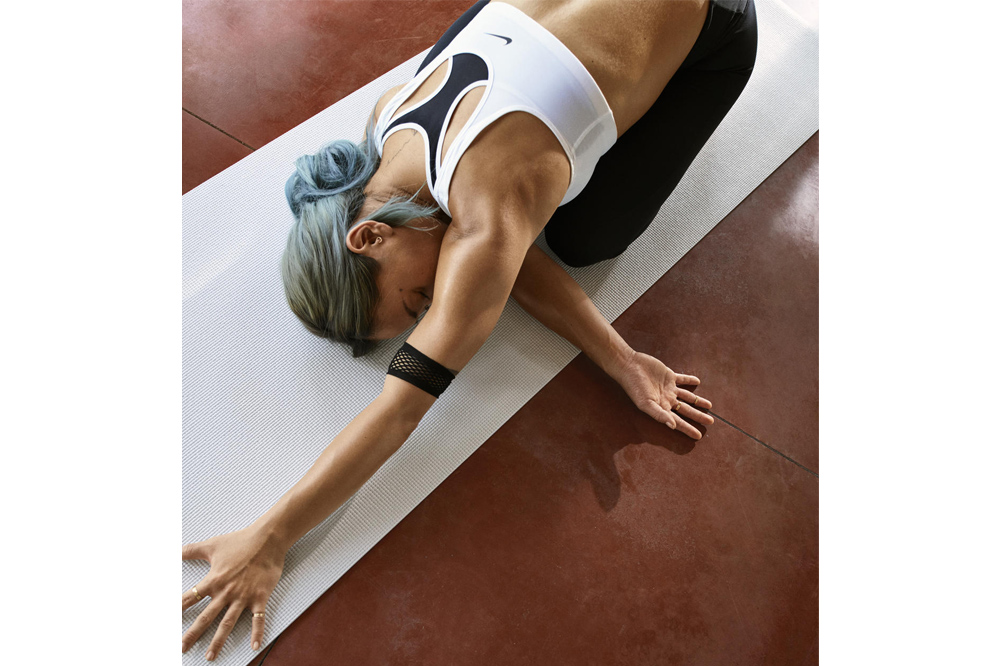 These days, The Sam Willows singer is also into Brazilian Jiu Jitsu, also known as “the gentle art”.

Music, of course, remains a big part of Sandra’s life. The Sam Willows will embark on a tour to Japan in September to play at the Summer Sonic festival. Following that, the band is scheduled for promo tours in Singapore, Malaysia, Indonesia, the Philippines, and possibly Australia. Then, they drop their next album in October.

“We started off very acoustic, bluesy, and folk-pop in our EP. For our upcoming album, we’re moving further from acoustic sounds and diving headfirst into pop.”

With the new album, too, Sandra has once again found herself in unchartered waters. But like all the other times in her life, she’ll probably push through and be better for it.