Stussy is working on a new Nike collaboration that utilizes the Air Force 1 silhouette. 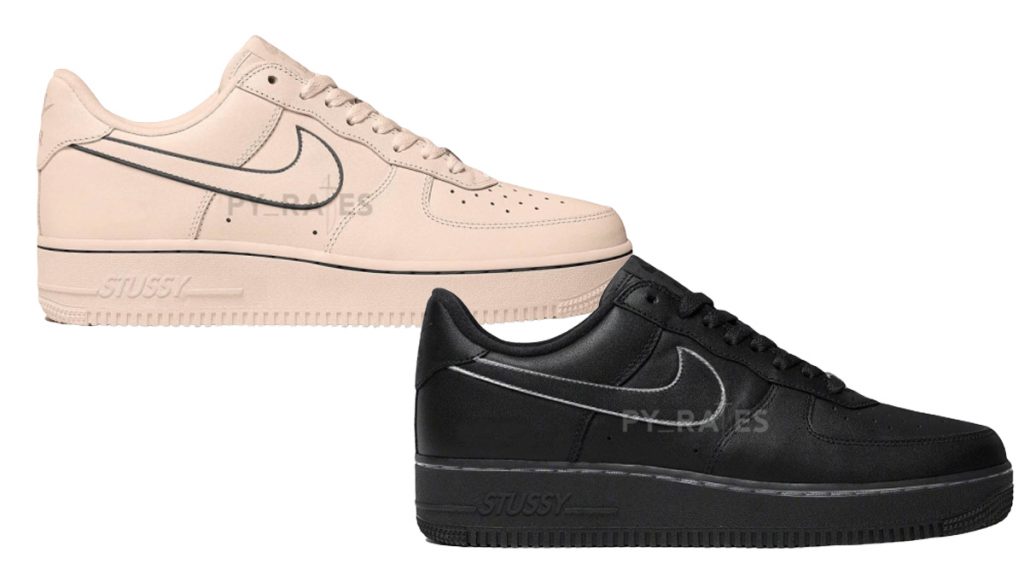 The Stussy x Nike Air Force 1 will drop in two simple colorways around Christmas this year.

Unlike the rest of us, Stussy has had a stellar year. Their recently released Nike Zoom Spiridon Caged 2 flew off digital shelves and their apparel collection with Nike sold out. Stussy has continued this momentum, with a new Zoom Spiridon Kukini in the works. A recent leak by @py_rates reveals that the Spiridon Kukini isn’t the only sneaker Stussy is cooking up. It seems a Stussy x Nike Air Force 1 is slated to drop by the end of 2020.

Just like the Nike Zoom Spiridon Caged 2, the sneakers are minimalistic and simple – one in triple black and another sporting a “Fossil Stone” colorway. Both colorways feature single tone uppers with accented lines around the Swoosh and the midsole. It is also rumored that the “Air” text on the midsole will be replaced by “Stussy” – a nice subtle touch to show that it is a collaborative sneaker.

If their prior releases are any indication, we can expect a high-quality fabric to be used in the construction of the sneaker and a pretty limited release. At the moment, the Stussy x Nike Air Force 1 is expected to release during the 2020 holiday season. Stay tuned for more updates.