For the average sports fan, the months between August and May are pretty well planned out. But then you hit the lull between seasons in June and July, and in a year like 2017, you don’t have a World Cup or Euro to fill the gap. That’s where the Tour de France comes in.

Cycling’s biggest stage, the 2017 edition of Le Tour will see close to 200 riders tackling a 3,540km course that takes them around France with stints in Germany, Belgium and Luxembourg before it concludes on the Champs-Élysées in Paris.

On the surface, cycling might not seem to be much of a spectator sport, but it’s actually among the best. Here’s why.

1. It’s the ultimate insider guide to travelling around France

In something quite unique to cycling broadcasts, a sizeable portion of what you’ll see on screen has nothing to do with cycling at all. The Grand Tours – the Giro d’Italia, the Tour de France and the Vuelta a Espana – are all shot by camera crews in helicopters, providing panoramic pictures that you won’t find in a typical travel guide.

Watch the Tour, and you’ll probably end up on Google Maps, plotting routes to seaside hamlets and quaint mountain towns. And the commentators, veterans who cover the Tour year after year, offer far better tips on what to eat, drink and see than most travel show hosts. Sports that are generally considered boring receive diatribes because they last longer than most attention spans. Golf, cricket and, indeed, cycling can require days of your time, and don’t often give you the quick-fire thrills of football or tennis. But that’s not how “boring” sports are meant to be watched.

You don’t sit down for five-hour stretches ignoring your friends and family in case you miss anything. Instead, you have these broadcasts going on in the background, like a radio show, fully focusing only when the commentators start to get excited. When the Tour becomes part of your daily routine, and you’re content to watch its stories slowly unfolding like an extended game of chess, you reach a kind of Zen-like state.

3. The Tour has its flashpoints

Watching the Tour isn’t all an exercise in philosophy, however. There are old rivalries that can escalate at any moment. A seemingly casual ride can turn into a breathless, calf-burning sprint in an instant.

And you get some of the most unpredictable incidents in any sport. Last year, defending champion Chris Froome had to run up part of the already iconic Mont Ventoux after his bike took damage in a collision with a camera motorcycle.

Briton Froome, who leads Team Sky, will make headlines again in 2017 as he seeks his fourth yellow jersey – the famous prize awarded to the Tour’s general classification winner. Standing in his way is Australia’s Richie Porte, a former teammate who now fronts the BMC Racing Team, with the likes of Colombia’s Nairo Quintana, Spain’s Alberto Contador and home favourite Romain Bardet waiting in the wings.

4. You’ll rethink what it means to be a sports fan

Not counting dedicated supporters’ groups, we’re pretty bad at being spectators in Singapore. Head to any stadium, particularly a football match at the Jalan Besar Stadium, and you’ll be able to hear a pin drop for much of the 90 minutes. Cycling fans are the polar opposite.

There are the respectful purists who line the route in their team jerseys and then there are the partially insane exhibitionists who run alongside the cyclists in everything from mankinis to devil costumes; or while carrying taxidermied animals for no discernible reason. The passion, the excitement and the lack of shame is something we can all learn from.

5. You’ll be inspired to get back on the road 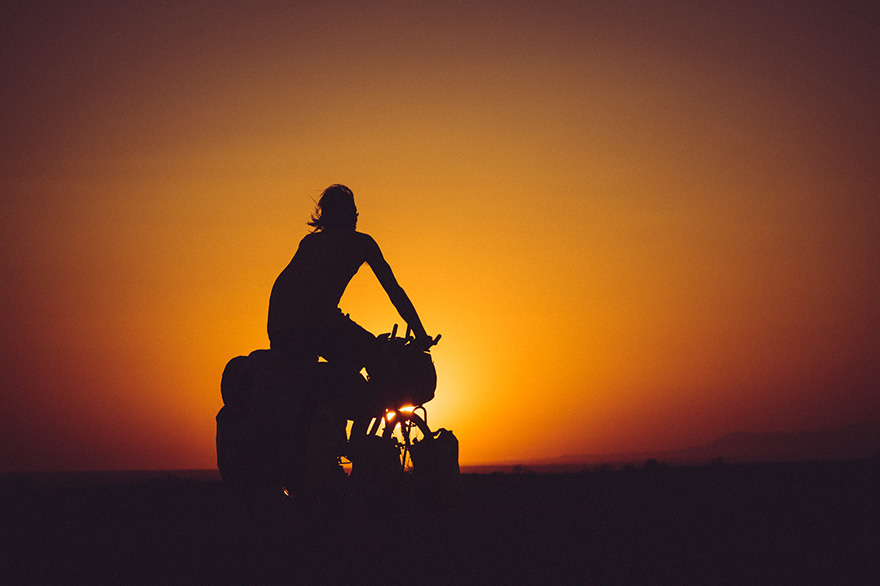 With shared bicycles now on street corners everywhere, and cycling infrastructure consistently improving, there’s never been a better time to be a cyclist in Singapore. After 21 stages of the Tour, you should have all the encouragement you need to get started on those long-shelved fitness plans.

Read More: Martijn Doolard, the Man Who Cycled from Amsterdam to Singapore