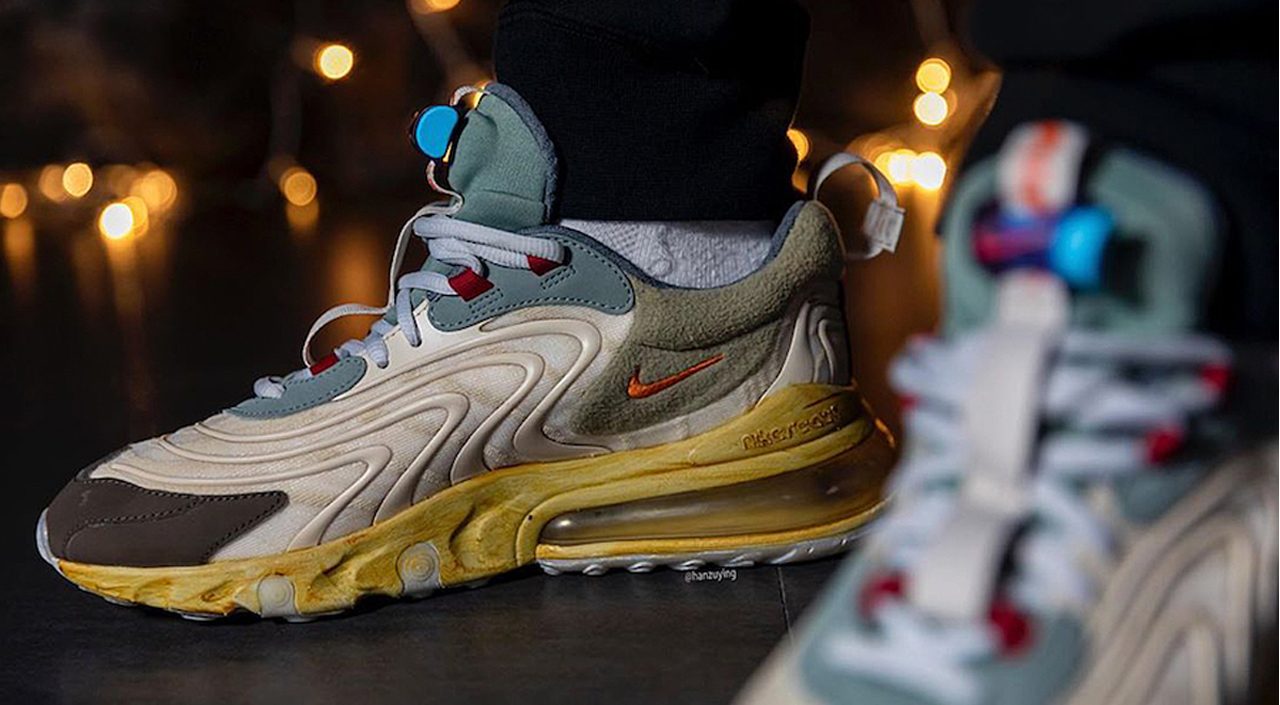 Images of the Travis Scott x Nike Air Max 270 React have been floating around for a while, and it finally gets a release date. 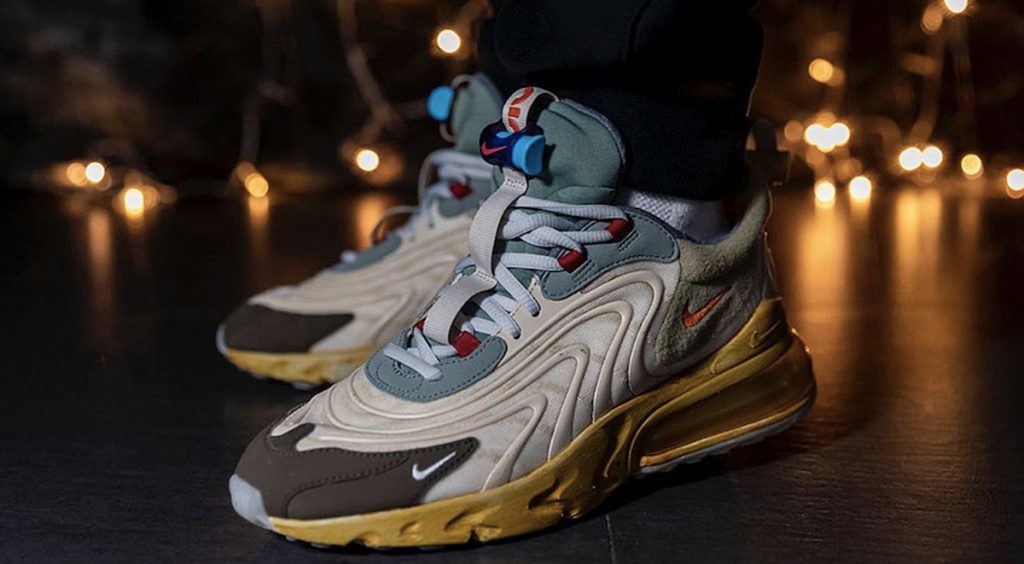 The sneakers’ pre-aged look has attracted a range of reactions.

Travis Scott has been releasing some amazing sneakers. Be it the SB Dunk Lows or the Air Force 1s, La Flame really knows how to design dope sneakers. But the Travis Scott x Nike Air Max 270 React has got everyone scratching their heads. You can read more about the early leaks here. In a recent IG video, he was seen rocking them as he produced new tracks, further solidifying the rumors.

New images from the Instagram page @hanzuying give us a much better look at the Nike Air Max 270 React ENG that Travis Scott uses as the canvas for his upcoming release. 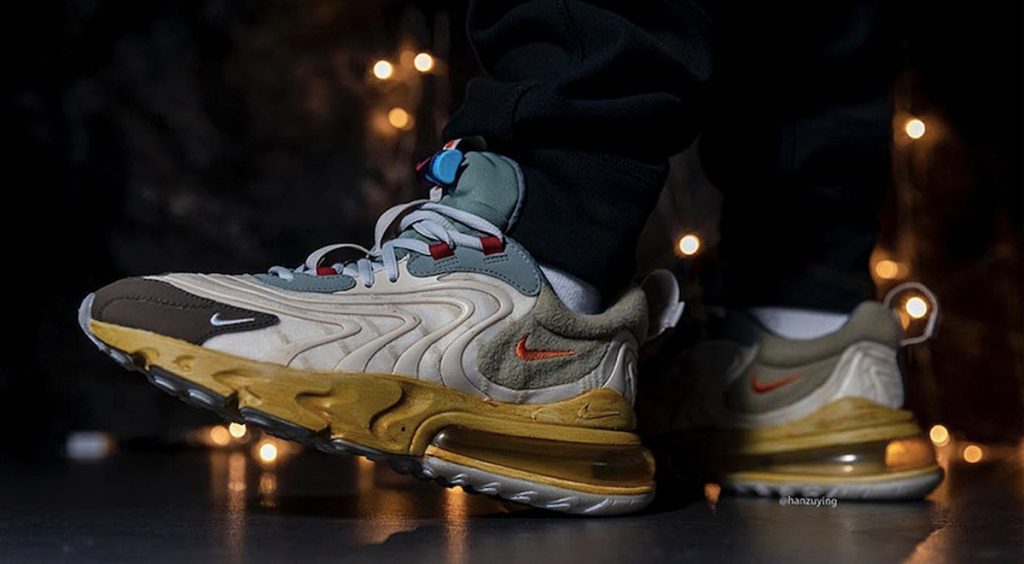 The wavy uppers comes in a beige color that is complemented by a brown leather mudguard and tan suede around the heel. An orange Swoosh layered on top of the suede adds a pop of color. An interesting touch is the grey tongue and eyelets, which really stand out from the earthy tones of the uppers. There is hardly any branding except for the Cactus Jack logos on the heel tab and insole. 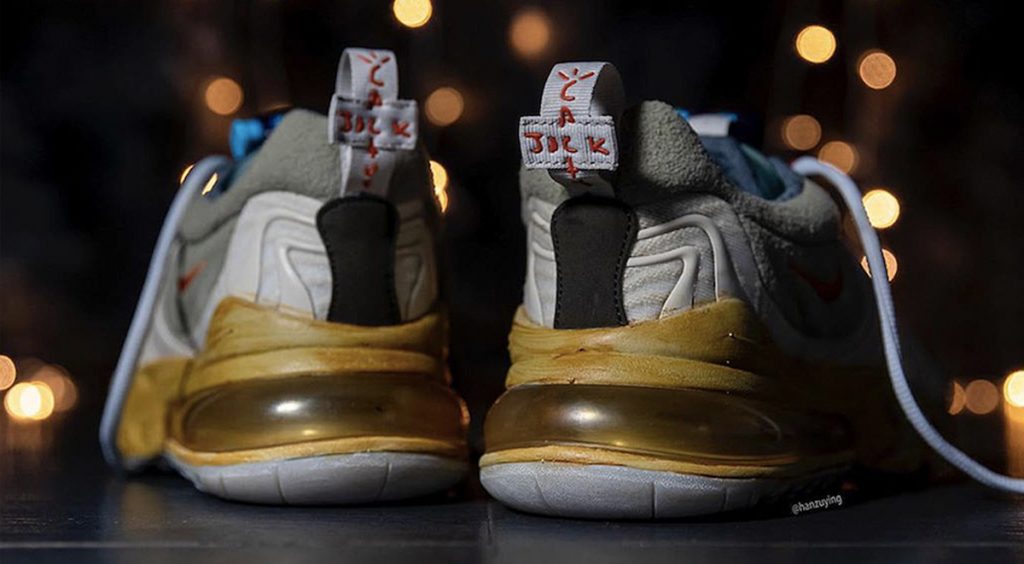 This earthy upper is set atop a pre-oxidized React midsole that looks like the ones on the Off-White x Air Jordan 5. The 270 Air unit comes in a similar yellowish hue as well, creating a cohesively color matched midsole. 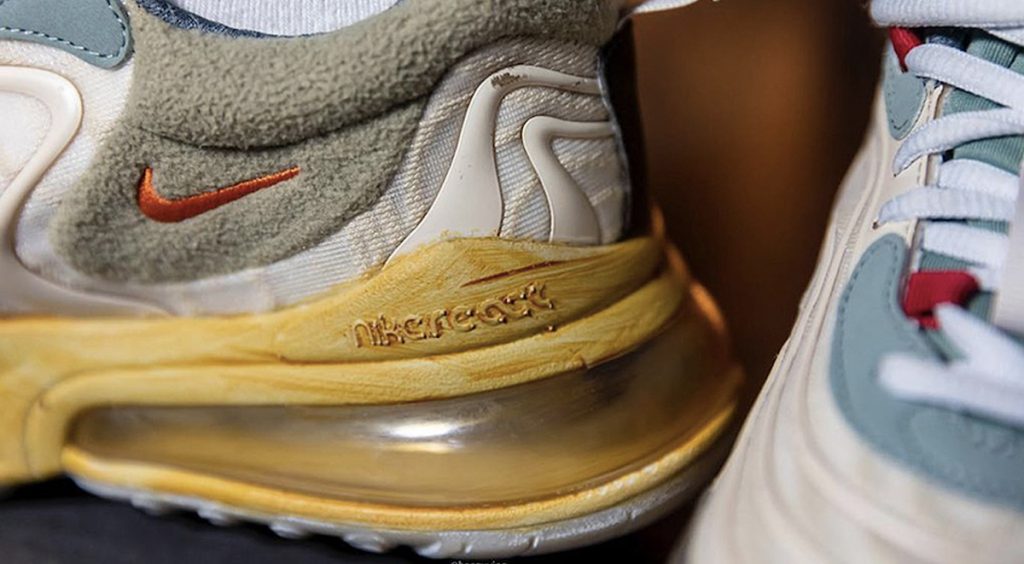 Do you think the Travis Scott x Nike Air Max 270 React matches up to the rest of his creations? Share your thoughts in the comment section.