Revisiting the exploits of Usain Bolt, the fastest man on Earth, as he runs his final race. 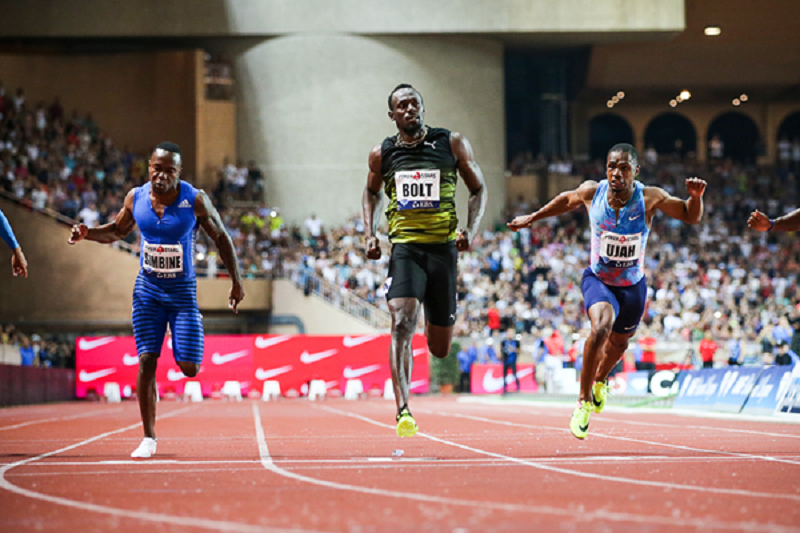 The 2017 IAAF World Championships in London begin on August 4 (August 5 SGT) and it’s the last time we’ll see Usain Bolt run at the highest level. After a decade littered with gold and some of the greatest achievements that will ever be witnessed on a track, an athletics career without parallel is nearing its end. As the lightning dissipates, we reflect on the memories Bolt leaves us with.

I can’t remember the first time I heard the name “Usain Bolt”, but then, how often can one pinpoint the moment they learned about a sporting great? Ali, Federer, Jordan, Pele, Phelps, Schumacher, Williams, and Woods; their names roll off the tongue as if we’ve always known them. They transcended the world of sports to become icons of pop culture and figures in history books. Bolt is firmly in their company.

What I do remember is that night in Beijing, or for me, that night in an overpriced apartment for university students in Melbourne. On a bulbous CRT TV, we watched, first in stunned silence as Bolt pulled away from every would-be challenger, and then with dumbfounded cheers and laughter as he looked to his right, opened his arms in triumph with a quarter of the race to go and thumped his chest as he crossed the finish line; still managing to set a new world record in the midst of it all.

He continued running off the track, striking his now-famous “To Di World” pose, embracing his fans and posing for pictures. We’d seen Olympic 100m races before and we’d seen records fall, but this had no precedent. This was the birth of a phenomenon.

Up to that moment, I’d always been a supporter of underdogs. I could never bring myself to stand behind a favorite who was expected to win. Surrounded by Manchester United supporters when I was growing up, I’d developed a disdain for any team or athlete touted as unbeatable. There seemed to be an air of superiority about definite winners, and even if that was more imagined than real, the fans who followed their glory were all too happy to display their unwarranted hubris.

There was a small minority that accused Bolt of this. They called him a showboater and they decried his lack of respect, but the celebrations of the man and the people who came to see him were entrenched in the furthest thing from arrogance. The foundations of Bolt’s exuberance only came across as sheer joy and a love of life, and who could find fault with that?

I found myself back in Melbourne in early 2017. Like many sports fans, I was chasing tennis giants Roger Federer and Rafael Nadal in the Australian summer. With age catching up and multiple batches of young guns waiting to replace them, I was prepared for their swan songs. But what I saw instead were two champions turning back the clock. Federer and Nadal have since cleaned up all three Grand Slams contested in 2017 so far.

As luck would have it, Usain Bolt appeared in Melbourne just as the Australian Open ended, headlining a slightly offbeat event called Nitro Athletics. After an evening playing to the crowd, Bolt lined up for a novelty mixed 4x100m relay. Taking the baton from Asafa Powell as the second runner, he didn’t even hit full stride before every other runner dropped out of my field of vision. There was just enough time to snap a couple of photos before I watched him tear away into the crowd in the changeover zone. And then he was gone. We know that sporting careers are fleeting, but it’s still incredible how quickly they go by. Bolt’s retirement has been years in the making. He bid farewell to the Olympics by completing the “triple-triple” in Rio – winning the 100m, 200m and 4x100m relay across three Games. Although he would eventually lose the 2008 relay title as a result of teammate Nesta Carter’s failed retrospective drugs test, his feat of eight gold medals may not be repeated for generations, if ever again.

While it was inevitable that we’d contemplate track and field without Bolt long before his last race was run, he’s not finished yet. That incomparable world record of 9.58 seconds is in the rear-view mirror and his season’s best for 2017 is, by his own standards, a pedestrian 9.95 seconds. But like Federer, Nadal and all the greats, Bolt will not go quietly into the night.

So as he returns to London – where he extended his legend at the 2012 Olympics – set those early morning alarms and be there for the curtain call; whatever he adds to his tally of 11 golds and two silvers at the 2017 IAAF World Championships, you’ll be thankful years from now that you saw it for yourself.