The recent slew of Beauty and the Beast everything inspired us to look into 7 sneakers inspired by popular films and cartoons.

Limited Edt has announced via Instagram that the ASICS Tiger x Beauty and the Beast collection will be available in stores March 17, at Limited Edt Vault and Limited Edt Chamber. 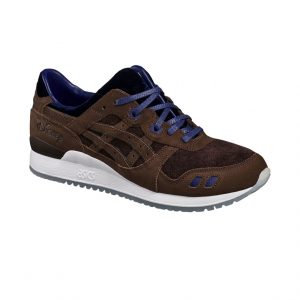 Hot on the coattails of the release of the Beauty and the Beast live action film comes a collection of sneakers from ASICS inspired by the film. The women’s collection comprises the GEL-LYTE III in three colorways: Off-White/White, Coffee Bean/Medieval Blue, and Birch.

Released March 2017, the limited edition sneakers are priced between S$249 and S$267 and will be available at Limited EDT, On Pedder, Star 360, and Leftfoot stores soon. Disney fans impatient to get their hands on the kicks can do so at the ASICS Tiger British webstore here. The New Balance Rush “Disney”, released March 2017 is another Beauty and the Beast inspired collection. It consists of three silhouettes, all given the Disney treatment: Vazee Rush Disney (pictured), the Vazee Transform Disney Trainer, and the Fresh Foam Zante v3 Disney. The sneakers boast a lightweight, solid rubber outsole for better traction on the field and a no-sew material application. 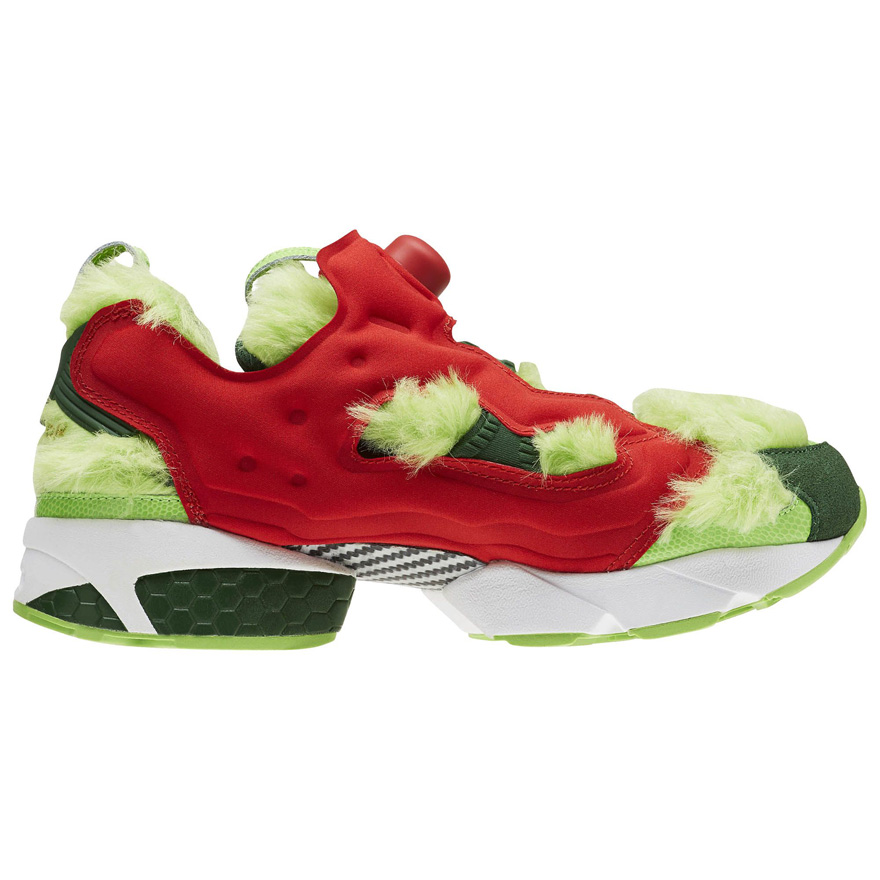 In December 2016, Reebok released a Grinch-inspired Instapump Fury inspired by the main antagonist in the popular Dr. Seuss film, How the Grinch Stole Christmas. The jarring Red/Green colorway with bits of fur on the shoe is a fitting tribute to the malevolent character who turned out to have a heart of gold. 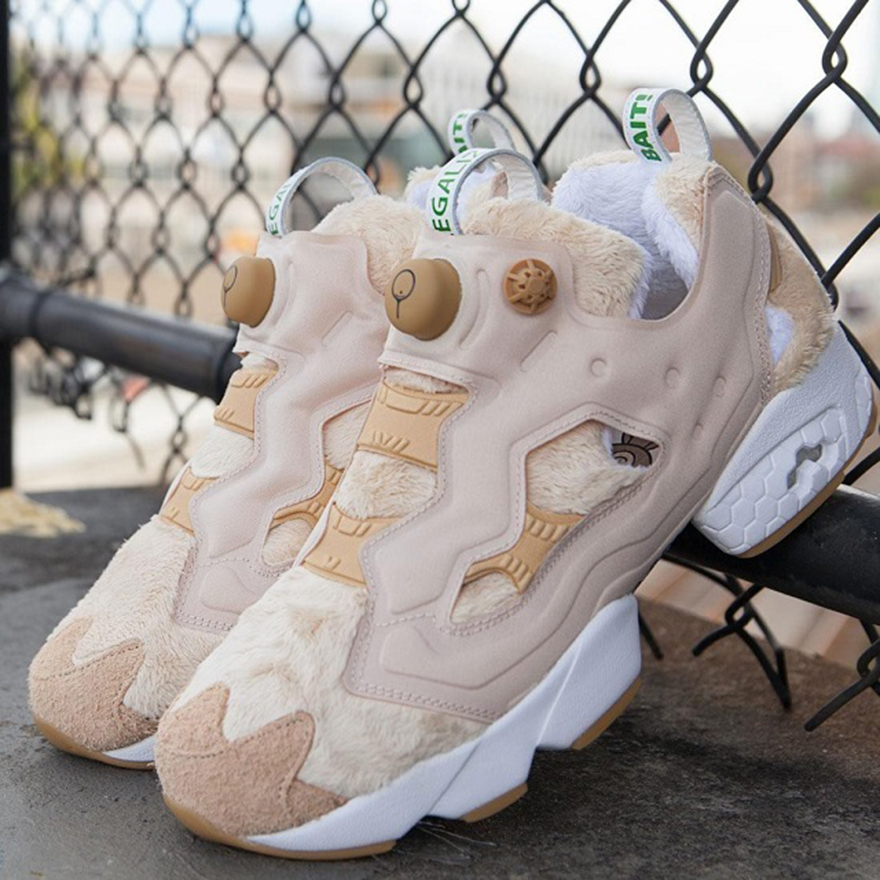 In 2015, Ted scored a commemorative sneaker of its own following the launch of the film’s sequel, Ted 2. The “Happy Teddy” Instapump Fury features furry shearling outerwear, as well as the outspoken bear’s face monogrammed on the heel of the Instapump Fury. It was great news for fans of the film who could take their Thunder Buddy with them, everywhere they went. Bait teamed up with Italian sneaker brand, Diadora, on a Shrek themed N9000 sneaker released in June 2016. The sneaker, which came in an Olive/Off-White colorway, was designed to resemble Shrek’s outfit. It all came packaged in a custom Shrek printed box. 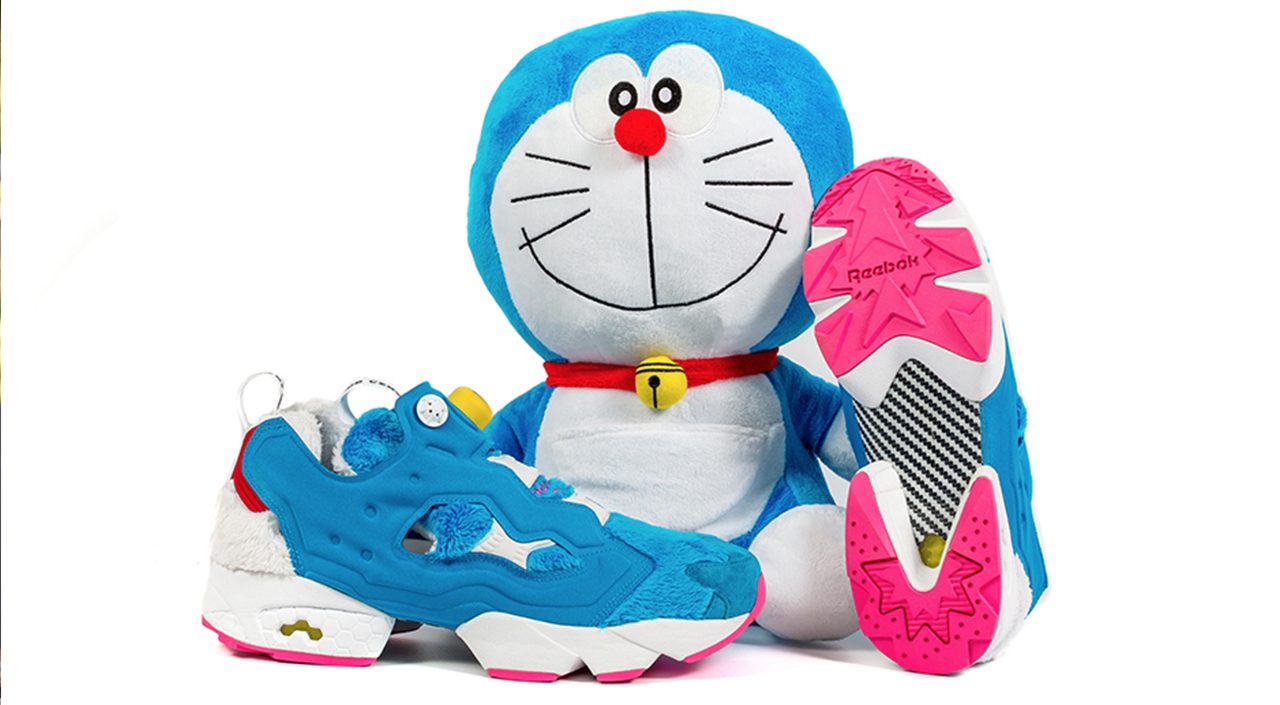 The Atmos x Reebok “Doraemon”, inspired by the legendary Japanese series and manga, Doraemon, was launched earlier this month. The sneakers feature uppers embellished with tones of red, yellow, and blue; representing colors of the adorable character’s signature look. More features on the Instapump Fury shoe that will make any Doraemon squeal with delight: a yellow pump to symbolize the yellow bell around Doraemon’s neck and pouch pockets on the heels to represent his 4D Pocket filled with all sorts of gadgets.