Limited Edt rounds up its collaborations that mark Singapore’s Golden Jubilee by unveiling not one, but two sneaker designs created in collaboration with adidas Consortium. 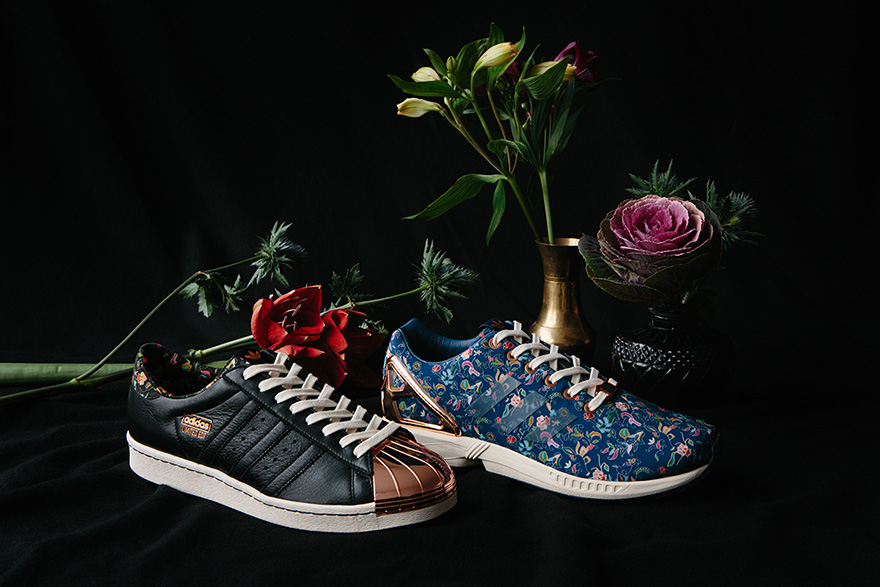 To the joy of sneakerheads home and abroad, leading sneaker boutique Limited Edt has released notable collaborations with PUMA and ASICS Tiger over the past couple of months, all in celebration of Singapore’s Golden Jubilee.

The third and final set of commemorative sneakers to be unveiled come from none other than adidas Consortium, and make use of the highly popular Superstar 80v and ZX Flux silhouettes.

Inspired by batik fabrics that are part of Singapore’s traditional attire, Limited Edt took it upon themselves to create a custom floral pattern that incorporates the orchid (Singapore’s National Flower), the adidas Trefoil logo and Limited Edt’s emblem. This unique floral print is found on the tongue, heel tab and inner lining of the Superstar 80v, which uses black premium leather for its upper and 3-stripes. An off-white midsole adds contrast to the overall aesthetics, but what really stands out is the iconic shell toe, along with adidas and Limited Edt lettering on the lateral panels of the sneaker, that come in a shiny rose gold finish.

On the other hand, the ZX Flux opts for an all-over floral print with translucent 3-stripes. Hints of rose gold are found at the heel cage, eyelets, Torsion bar and lace jewel. An off-white midsole and translucent blue outsole add nice finishing touches to this gorgeous-looking shoe. Both sneakers come with two sets of laces that feature rose gold colored tips, and those who buy both pairs, whether in-store, online or through pre-order at Sole Superior 2015, stand a chance to get their hands on one of 120 numbered luggage cases, on a first come, first served basis. The Limited Edt x adidas Consortium Superstar 80v and ZX Flux are priced at S$219 and S$179 respectively, and will be available at Limited Edt stores on November 22nd. A worldwide release is expected to follow on November 28th.