Manuel Camino, an avid skater of 30 years, is one of the skaters featured in Irwan Idris’ short skate film, NS23. The Malaga native weighs in on Singapore’s skate culture. 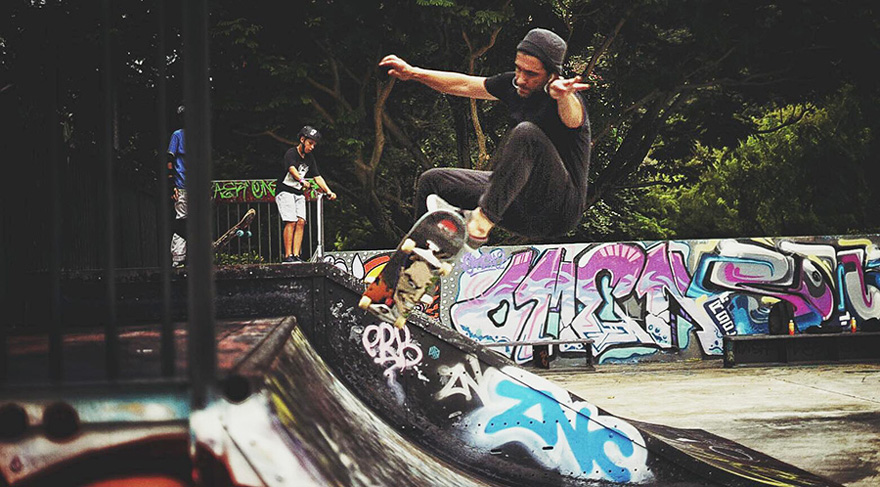 It’s true Spaniards know how to enjoy life. That’s why Manuel Camino, a Malaga native who frequents Somerset Skate Park, feels that Singapore’s skaters should “enjoy more” rather than take skating too seriously. Camino, also one of the skaters featured in Irwan Idris’ skate film, NS23, lets us in on the joys that skating has brought to his life over the past 30 years.

How did you first get into skating?
My first board was from Sancheski, a legendary skateboard brand in Spain. It was similar to a Penny board, orange in color, small and made out of plastic. My mum got it for me during Christmas and I have not stopped skating since.

Why were you so drawn to skating?
Coming from a broken family, including divorce, low income and a certain feeling of being abandoned, skating became a way to scrape by and enter a world that’s far from the f*cked up reality. It helped me to focus on something else, be part of another kind of family and feel happier, that’s for sure. 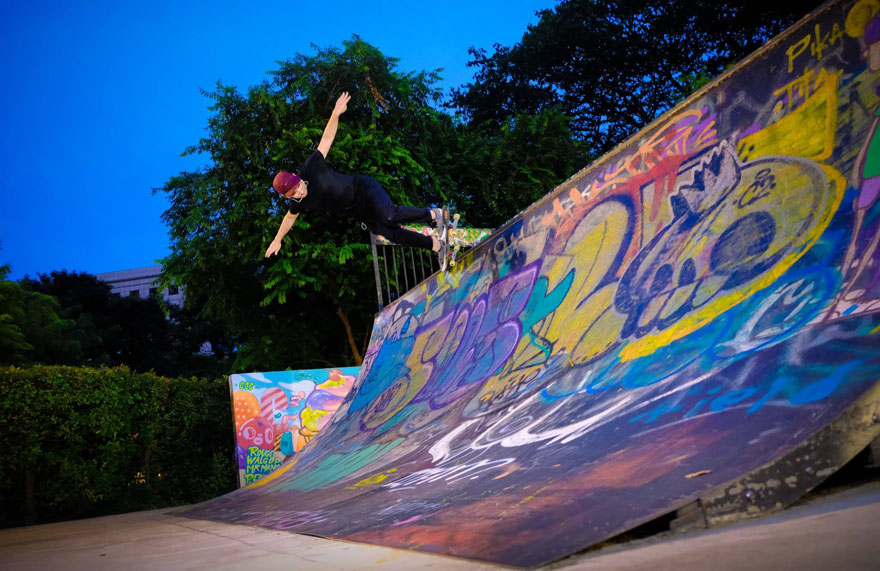 Which are some skate parks you’ve skated at and can’t forget about?
Because of my job, I’ve lived in eight countries and traveled to around 20. I always bring my board. I have great memories of London’s Bay Sixty 6 Skate Park, then known as the PlayStation Skate Park, the Berkeley Skate Park that’s close to San Francisco and a couple in Seville, Spain, that are awesome.

You’ve had the pleasure of meeting skaters from home and abroad. Who do you count as your inspiration?
I always feel very inspired by those I see enjoying themselves more, even when they are simply learning to Ollie or push around; those are my inspirations. Besides this, meeting people like Chris Haslam that are awesome skaters, but still very humble, are always the kind of positive influences in the scene. Bless him!

Now that you’re based in Singapore, how does the skate culture here compare to that of Spain’s?
It depends of which part of Spain you go to. In Barcelona, the vibe is similar to here, with a certain sense of competition, lots of ego and people queuing to try something on a certain obstacle. It feels like a job and is a bit stressful. In the south, where I am from, it’s much more relaxed and healthy. People smile and joke all the time and the vibe is somehow better. As soon as you come twice to the spot you are considered a homie, but here some people still don’t even say hi after three years of seeing each other. Thankfully there are awesome dudes in Singapore too, some of whom are good friends now. Are there skate elements that can be adapted from Spain or other countries?
I think so. But other countries can learn things from here too. In Spain we tend to enjoy more and take it less seriously. I believe this kind of attitude is positive and can be inspiring here, where it is much more competitive. On the other hand, Singapore is packed with very talented and committed skaters, they really go for it and are able to skate great on all kind of obstacles, and that’s something others can learn from. I would like to see more variety in Singapore. In Europe or U.S. you see all kind of skaters and styles, but here I feel like everybody is way too similar.

In Manuel Camino’s ideal world, how should skaters behave?
Those who are already professionals, more skilled or are seniors should help change the vibe by behaving better. If not, you make others feel that acting like that is the way to be cool. Being professional or more senior comes with responsibility. Be a positive influence, show others how to do some tricks, rather than act like we are in a competition and we should all see your performance. It starts which each person changing his/her attitude. As one of the older skaters around, what would you impart to the young ones who may be inexperienced in this hobby?
You don’t need to impress anyone. Have fun! It’s not a job, don’t take it so seriously. Even if your tre flips are great, that doesn’t make you better than anyone else. You are special for who you are and your attitude in life. Being yourself is the only way you can add something to the scene. It’s okay to fail and it’s okay to do your own thing. Beginners are not less cool than those who spend most of the day queuing to do something to impress others.

What were your thoughts when Irwan Idris, director of NS23, approached you to be part of his skate film?
It was quite surprising, because I don’t give myself much importance within the scene, but I was happy to contribute and in a straightforward manner, without being too worried that people don’t like “Manuel Camino or his opinion”. I prefer to be real rather than cool.

As a creative director, would you be open to the idea of using your creative skills to give back to the skating community?
Both are my passions, so combining them is always great. I am definitively happy to contribute to the community. Did you know that when I was working on the design of the Xbox 360 (mostly the interface), I pushed for that product name because the 360 flip is my favorite trick? Skating has always been on my mind, and it will always be. 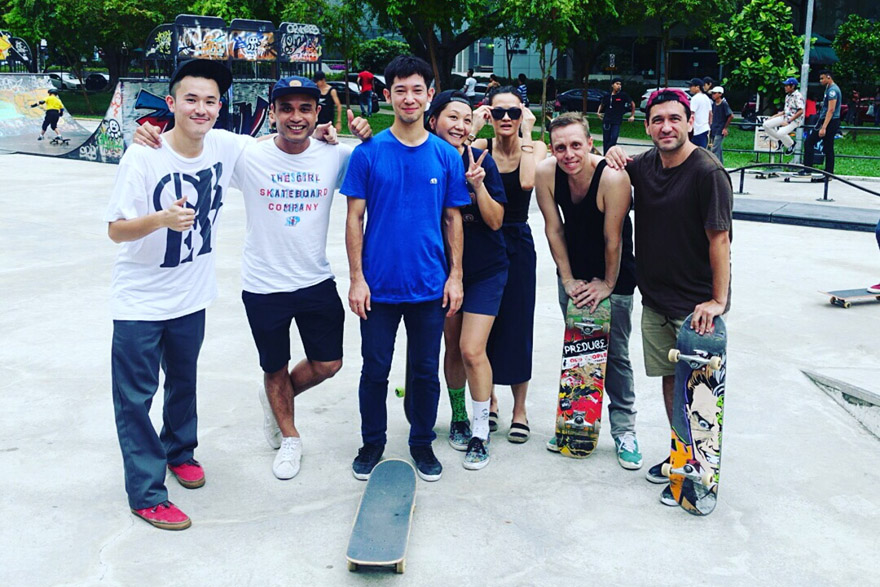 This interview with Manuel Camino has been edited and condensed.