Much about Mediocre Haircut Crew has been shrouded in secrecy, especially what they intend to drop on July 5th. But one thing’s for sure, these guys are serious about changing the local rap and hip-hop scene. We speak to members omarKENOBI, mickeyLEANO and daniKIDDO to find out what the crew’s brewin’. ‘Sup guys. Tell us more about Mediocre Haircut Crew.
daniKIDDO: We’re a contemporary rap and hip-hop group made up of three young adults. We happened to be in the same class in our tertiary institution (Nanyang Polytechnic) and hit it off after realizing that we shared a common interest for music and rap.

Whose idea was it to form this group?
D: We decided to create the group after we wrote a song about the three of us being circumcized, titled The Foreskin Rap. We realized that writing the rap was fun and we were actually pretty good at it. So we thought, why not take it a step further? You could say that the three of us made the decision to form the group.

What’s the meaning behind the group’s name? You guys don’t really give haircuts, do you?
D: Haha…no, we don’t cut hair. We went through a lot of names at first but we settled on Mediocre Haircut Crew because apart from our shared love for music, we also had exceptionally average $10 haircuts. So we thought, “Why not call ourselves that?” What do you guys do during the day?
mickeyLEANO: We’re full time carpenters and part time liars. Just kidding, we’re still students.

Does being youths work for you or against you?
M: That’s difficult to say. We have time on our side to build and improve ourselves before we turn into balding old men. Then again, you have the OGs who are old as fu*k but they still take us seriously. We’re lucky the hip hop scene in Singapore is welcoming.

Are there any local musicians/performers that you look up to or who have given you valuable advice?
M: We look up to Caracal; they’re a band which we admire a lot. They’ve been together for so long and yet still amaze the crowd with their stage presence, as we’ve seen at Baybeats 2015. We haven’t spoken to them yet though.

You guys clearly aren’t camera shy. Who came up with the idea of shooting music videos and why?
omarKENOBI: The idea for the music videos was mostly a collective effort. We always wanted to have visuals for the music we made so when the opportunity came, we seized it. Our first video was actually made by our schoolmates and friends for their school project. Shout out to Imran and everyone else in Pike Mograph!

Honestly we wouldn’t be here without the S U B U R B I A video. Wannabes was completely by us though, just a bunch of dudes with a camera and a lot of pent-up anger.

So the big question: What exactly is coming out on July 5th?
O: We’ll be releasing our brand new single which will be called Sialah. It’s gonna be a super tongue-in-cheek song and we’ll be releasing a lyrics video for it. This is a song we made just for fun and it features me and mickeyLEANO. It’s nothing super conscious or is it “lyrical miracle spiritual” stuff, but we made this song to perform live and just get turnt up. Keep your ears peeled brethren. 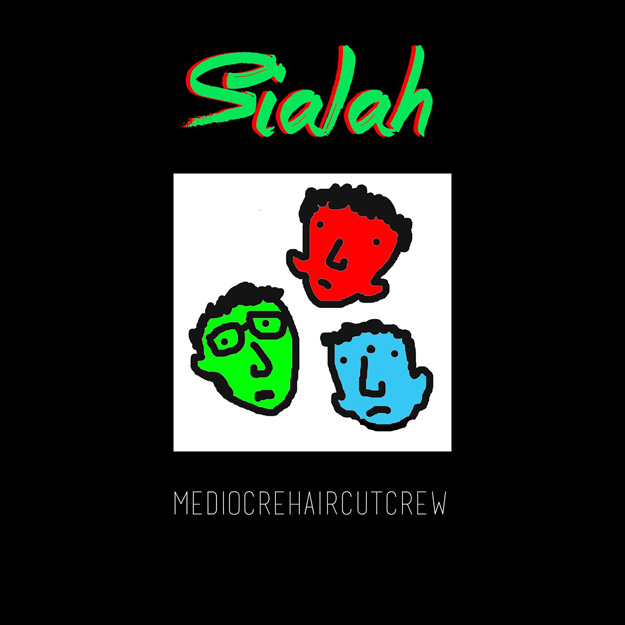 Where does the group hope to go from here on out?
O: From here on out, we just wanna keep making music and be heard. Keep trying to secure gigs, work on more serious stuff that we dig and hopefully break into the Singapore music scene, one mediocre step at a time.

Are there any festivals or events that you’ll like to perform at in the near future?
O: We would love to perform at Baybeats. That would be crazy. But baby steps though, we’ll be starting off with a performance at a local hip hop gig called Enter the Void Deck in September and we’re really excited. It’s gonna be our first official gig as a crew and we’re gonna be bringing all our energy in. So look out for that.

Look out for Mediocre Haircut Crew’s new single on July 5th, and stay up to date with them on Facebook.