Netflix’s binge-worthy series Orange Is The New Black season 5 will return to the small screen this year. Here’s what we think will happen in the next season.

The fifth season of Orange Is The New Black is set to premiere Friday, June 9. Here’s what we think will happen based on the production stills. 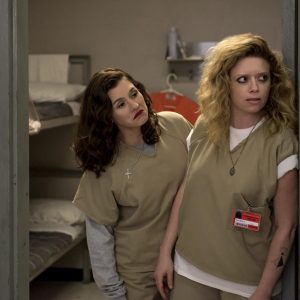 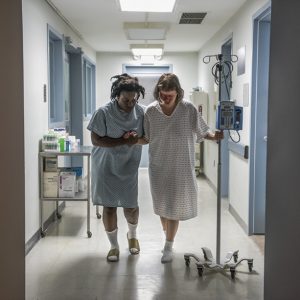 Season 4 proved to be tough on some of the series’ best on-screen pairings. Last season, Lorna (Yael Stone) and Nicky (Natasha Lyonne) fell out due to Lorna’s marriage. There was a sparring match between Suzanne (Uzo Aduba) and Maureen Kukudio (Emily Althaus), resulting in Kukudio’s serious physical injuries and setting in motion the chain of events that led to Poussey’s death (Samira Wiley). But it looks like all will be well again for both pairs in season 5. For a while, the trio’s problem seemed to diminish after Lolly was transferred to Psych back in season 4. But have the prison guards uncovered more about the murder? Or will the duo have to kill Lolly to ensure her silence? Either way, it looks like trouble is headed in Red’s way.

3. Big Boo and Pennsatucky get hired 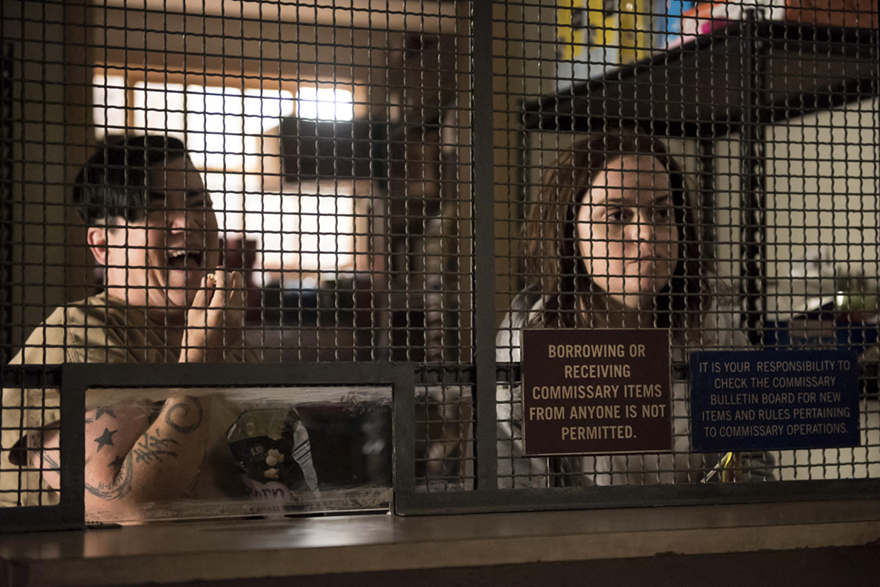 Elsewhere in Litchfield facility, it looks like Big Boo (Lea DeLaria) and Pennsatucky (Taryn Manning) have scored a paid role at the commissary. That seems great, but what happened to Mei Chang (Lori Tan Chinn), the mysterious Asian lady who used to work at the commissary?

4. Alex gets down and dirty Looks like there’s be more paranoia in store for Alex. We’ve seen her keeping a low profile in season 3 for after (correctly) predicting that Kubra will send someone to Litchfield to execute her.

Now that the body of Kubra’s henchman/rogue prison guard, Aydin, has been found and Lolly is segregated in Psych on suspicion of murder, will Alex have to go the extra mile to mask her involvement? Is there a piece of missing evidence buried in the old greenhouse? Alex’s muddied elbows is proof that she went digging – but for what exactly? An iPad? In prison? Taystee’s job working for Caputo (Nick Sandow) has provided her with a slew of luxuries like her prized wristwatch and in season 5, it seems an iPad has landed on her lap. As for the contents of the iPad stumping Taystee, we think it might have to do with how the media handled Poussey’s death in prison. The fourth season of Orange Is The New Black was an intense rollercoaster ride. In the previous season’s final minutes, we see a prison-wide riot breaking out following news of Caputo’s decision to handle Poussey’s death. In the midst of containing the riot, the sadistic Officer Humphrey (Micheal Torpey) accidentally drops his gun, prompting Daya (Dascha Polanco) to pick it up and point it at him.

There is no way that season 5 will start without addressing that major cliffhanger, right? Does Daya do Humphrey in, leading to more serious consequences for her future, or does someone swoop in to seize the gun and stop a crime in time?