The Premier League’s 2017/2018 season kicks off August 11 and it’s brimming with potential storylines. 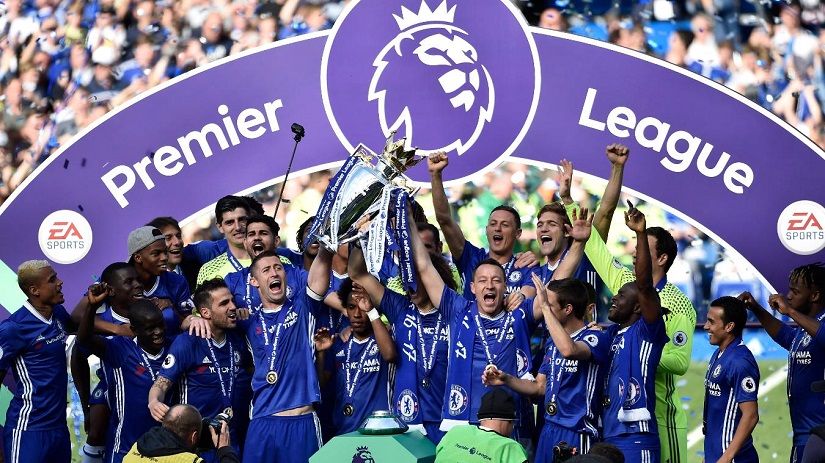 Chelsea celebrates its 2016/17 Premier League title victory. Will we see them win the trophy again this year? / Photo: Premier League

The Premier League is in the midst of an exceedingly entertaining era and 2017/18 is shaping up to be its most competitive season. As far as the bookmakers are concerned, all of the Big Six – Arsenal, Chelsea, Liverpool, Manchester City, Manchester United and Tottenham – are in with a shout of claiming the trophy, with City edging out the Blues and United as favorites. The journey to the title will be anything but straightforward, and there are many ways it could play out. Here are our wishful predictions.

Wayne Rooney won almost everything at Manchester United, but his last years with the Red Devils were not worthy of a club legend. Although he was named captain in 2014, his role diminished as he was played out of position repeatedly. In fact, there was constant speculation about when he would leave.

Now back at Everton, where he first made headlines all those years ago, Rooney would dominate the front pages once more if he scores a deciding goal against his old club. The mix of emotions would be a sight to behold.

It seems like only yesterday that the footballing world first got acquainted with the “Special One”. Everything he touched turned to gold in the mid-to-late noughties, and he looked good doing it.

But things have changed since his tenure at Real Madrid; Mourinho hasn’t quite been the same. The debonair gent in snazzy suits has been replaced by a graying figure who plays second fiddle to younger coaches. He has the opportunity to change that this season. Should he lead United to their first Premier League title in five years and take them on a lengthy Champions League run, we’ll definitely be talking about his renaissance.

3. Spurs come up with their own version of St Totteringham’s Day

Arsenal has been so dominant over North London rivals Tottenham in recent years that the club’s supporters have a “holiday” to mark the day when Spurs can no longer overtake them in the league. Known as St Totteringham’s Day, it was celebrated for 21 consecutive years until the streak ended in 2017.

While Spurs have statistically been the best team over the past two seasons , they haven’t quite come up with a name for the day commemorating their newfound superiority. Some have suggested St Arsene’s Day, but we think they can do better. Speaking of Arsene Wenger…

4. Arsene Wenger bows out in a blaze of glory

Arsene Wenger’s place in Arsenal history is assured, but after years of mediocrity and several million jokes about finishing fourth, even die-hards will have to accept that his time is almost up.

#WengerOut has long been the rallying cry for a faction of Gunners fans, but it would be a shame to see the longest-serving manager in the Football League exit in ignominy. Instead, the Wenger era should end on a high with a long-awaited title. After clinging on to Alexis Sanchez and Mesut Ozil, while adding an out-and-out striker in the form of Alexandre Lacazette, he certainly has the squad to do it.

Pep Guardiola’s arrival in England was massive for a league that many purists consider to be inferior to Spain’s La Liga and Germany’s Bundesliga. After a somewhat mundane stint at Bayern Munich compared to his successes at Barcelona, it could be said that Guardiola needed England as much as England needed him. Yet, his first season with Manchester City would prove to be a disappointment as the Citizens finished trophyless. Nothing less than the Premier League crown will do in his second year – his job and his place in the pantheon of great coaches rely on it.

6. Liverpool finally have their year

Liverpool fans won’t want to jinx themselves by discussing it, but the Reds have what it takes for a serious run at the title. Coming into his third season at the helm, Jurgen Klopp has a team built in his image. If they can get some business done in the remainder of the transfer window while holding off Barcelona’s repeated approaches for Philippe Coutinho – and if new signing Mohamed Salah fulfills his preseason potential – they could make up for close to three decades of heartache.

Chelsea has enjoyed tremendous success in the decade or so since Roman Abramovich bought the club, but the Blues have never been able to hit those highs consistently. Indeed, no team has managed to monopolize glory following Sir Alex Ferguson’s Manchester United departure – four different teams have won the league in the last five years and none have gone back-to-back since United completed a hat-trick of titles between 2006/07 and 2008/09.

Competitiveness is what makes the Premier League entertaining, but having an all-conquering team that everyone loves to hate is also part of the fun. They make you tune in every week, they hit you where it hurts and they give you a distinct sense of satisfaction when they inevitably fall. It looks unlikely that Chelsea’s pantomime villain Diego Costa will play for the club again, but Antonio Conte’s boys can still begin filling that Ferguson-sized gap by defending their title.

Harry Kane and Sergio Aguero have shown no signs of slowing down. Mohamed Salah and Alvaro Morata have both averaged about a goal every other game for club and country. Arsenal has Alexis Sanchez and Alexandre Lacazette leading the lines. Romelu Lukaku will have the full firepower of a resurgent Manchester United at his service. The Golden Boot title is anyone’s game.

Overdue updates to the rules of football, like goal-line technology and video assistant referees, have finally seen the light of day in recent years, and another significant milestone will be reached this season. Players who dive will be subject to a two-match ban. Even if the dive wasn’t noticed immediately, a dedicated panel will review any incidents of simulation every Monday. Farewell, floppers.

One of the best parts of Huddersfield Town’s Championship playoff win last season was watching beloved actor Sir Patrick Stewart react to the action on the pitch. A lifelong fan of the club, Stewart was born in Mirfield, just a few miles from Huddersfield, and previously served as the chancellor of the University of Huddersfield. The Terriers’ return to the pinnacle of English football after 45 years might not go all that smoothly, but there will definitely be plenty of highlights with Professor X/Captain Jean-Luc Picard in the stands.

There’s simply no way that one of football’s most memorable characters will leave us with a knee injury. Stay tuned, and Dare to Zlatan.