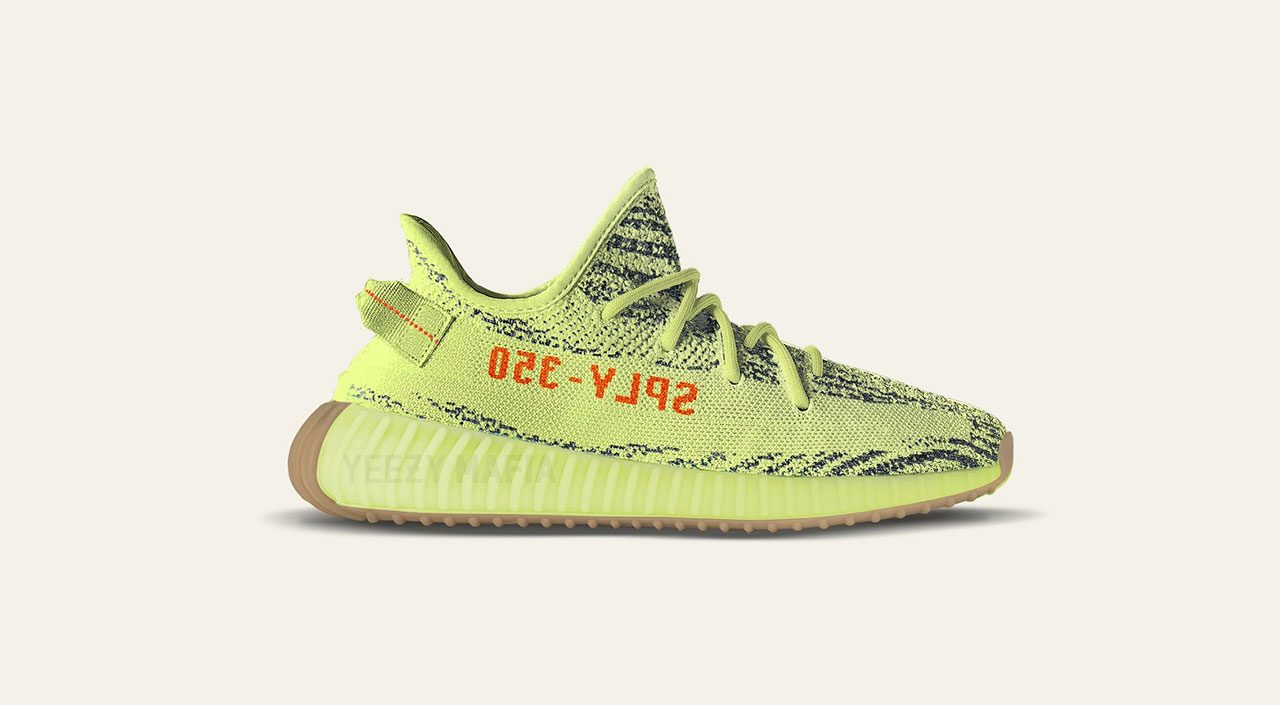 However, unlike the sample that we saw in July, this iteration of the Yeezy Boost 350 V2 comes with a gum-colored rubber outsole – the first Yeezy to come with gum soles.

Other details like the red “SPLY-350” branding and stitching on the heel tab remain the same.

According to the Yeezy Mafia, this sneaker will be the “most limited V2” ever released. Priced at US$220 (approx S$298), the Semi Frozen Yellow V2 drops on November 18.

Besides the V2 in Semi Frozen Yellow, Adidas will also be dropping two other Yeezy Boost silhouettes in December. They include the “Zebra” and “Beluga” colorways.

Stay tuned to Straatophere for future updates about these releases.