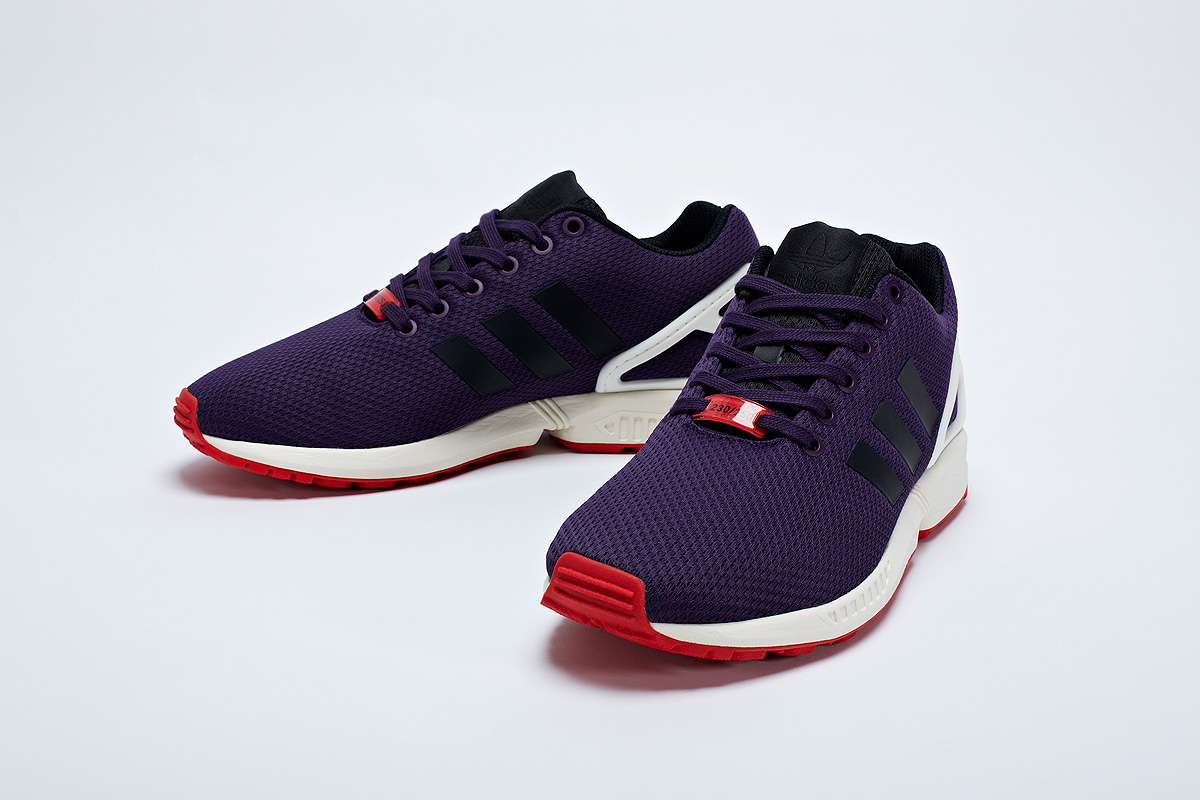 When it was first released in 1989, the ZX 8000 shoe captured the hearts of dedicated athletes and street-level casuals the world over. In January, adidas Originals unveiled the ZX Flux, the next-gen of the ZX 8000 formula. Stripped off its excesses, the ZX Flux sported a clean form; a minimalist’s dream.

More iterations of the shoe were released progressively through the year with the most memorable one being the “Multicolor Prism”. In August this year, adidas went another step further when it unveiled the miZX Flux app, which allows sneakerheads to customize their very own ZX Flux.

After months of speculation, and rumors as to which retailers will be carrying the much anticipated Air Yeezy 2 “Red October” shoe, Nike chose to release it on Nike.com with no warning given. Priced at a fair US$245, the sneakers sold out in a record 11 minutes.

On March 26th, 1987, Nike released the Air Max 1 and revolutionized its sneaker lineup. The Air Max technology marked the first time air cushioning in a shoe was made visible, and its widespread popularity led to a whole family of releases such as the Air Max 90, Air Max 360 and the recent Air Max Lunar90. In celebration of the Air Max Day this year, Nike released the aptly named Air Max 1 “Air Max Day”. We also paid tribute to the Nike Air Max with an ode to the shoe.

For the new year, there’s the Air Max 2015 (pictured above) to look forward to. Nike tells us the 2015 iteration of the shoe will have a completely Engineered Mesh upper, a first for the Air Max, that offers more support and flexibility while keeping the shoe lightweight and breathable. More details on the shoe can be found here! With the advent of the smartphone, everyone’s a photographer these days, and we thought the best way to see what captures the eyes and minds of our readers would be to start a hashtag #straatsnaps, and invite them to tag their street photography! See Instagram or click here to view all the submissions so far!

We’ve since also launched Occupy #Straatsnaps, a bi-weekly initiative that sees both amateur and professional photographers take over our Instagram feed with their photos for a weekend! Occupy #Straatsnaps will continue into the new year, so if you’re keen, PM us on Instagram or email editorial@straatosphere.com.

A photo of a depressed-looking Kanye West on vacation surfaced on the Internet and became a sensation. People started putting their own spin on the original photo, creating legions of Sad Kanye memes. To see more like the one above, click here.

This year’s FIFA World Cup was quite the spectacle. The highly anticipated tournament was held in the land of football stronghold, Brazil, and yet, it was Germany that took home the highest honor of beating out the entire world to winning the cup.

July – “The Big One” Anniversary Party 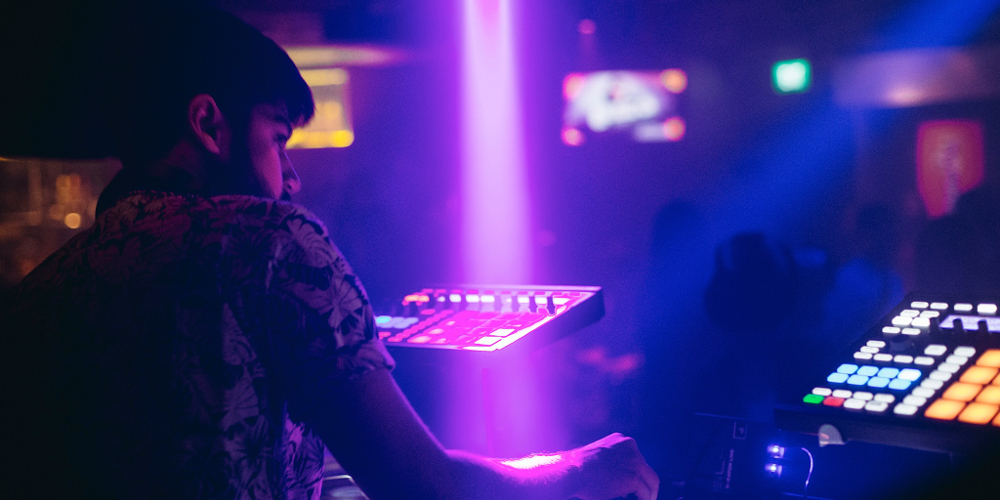 On July 5th we celebrated our first year milestone by throwing a party at Art Bar. The evening saw about 300 sneakerheads, urban trendsetters, fans, friends and the public converging at Butter Factory’s Art Bar to revel in the night and groove to beats supplied by Funk Bast*rd and Marcoweibel of homegrown label Darker Than Wax and Dave Does of AOS.

“The Big One” also saw the launch of our inaugural print edition, STRAATOSPHERE VOL. 1, a commemorative magazine packed with the latest and juiciest in urban lifestyle news. Pssst: STRAATOSPHERE VOL. 2 will be out in January 2015!

Love it or hate, the ALS Bucket Challenge created waves all over the world in August this year. While the movement is not without its critics, it originated from a good place.

Pete Frates, a 30-year-old ALS patient and former baseball player for Boston College, was only 27 years old when he first experienced ALS symptoms. Immediately after his diagnosis, he decided to start raising funds for ALS research. He staged a mass bucket challenge in downtown Boston offering attendees a choice: make a donation for ALS research in 24 hours or pour a bucket of ice water over your head.

Soon the Internet caught on and so did the celebrities. While some were lame, others were quite epic, but at the end of the day, we’d say the #IceBucketChallenge was a win for ALS.

Jack Cooksey, the first person in Perth to get his hands on the new iPhone 6, dropped his brand new phone on the floor while trying to unbox the smartphone in front of a news crew that was interviewing him. Ouch!

In early September, when Apple made the announcement that the iPhone 6 and iPhone 6 Plus will be slated for release on September 19th, it also unveiled its first all-new Apple product in a long time – the Apple Watch. The gadget tells the time, tracks your appointments, your fitness – your life. The Apple Watch will be available from early 2015, with prices to start from US$349. At the El Capitan Theatre in Los Angeles, Marvel Studios President, Kevin Feige, made an announcement that will have comic book fans screaming in delight for years to come. Showing off Phase Three of the Marvel Cinematic Universe, Feige unveiled nine superhero movies that will hit the silver screen from 2016 to 2019.

Perhaps the biggest takeaway is that Avengers: Infinity War, the climatic finale in Marvel’s series of superhero flicks, will be screened in two parts. That will mean twice the excitement, but will the ultimate ending be doubly good? We’ll see. 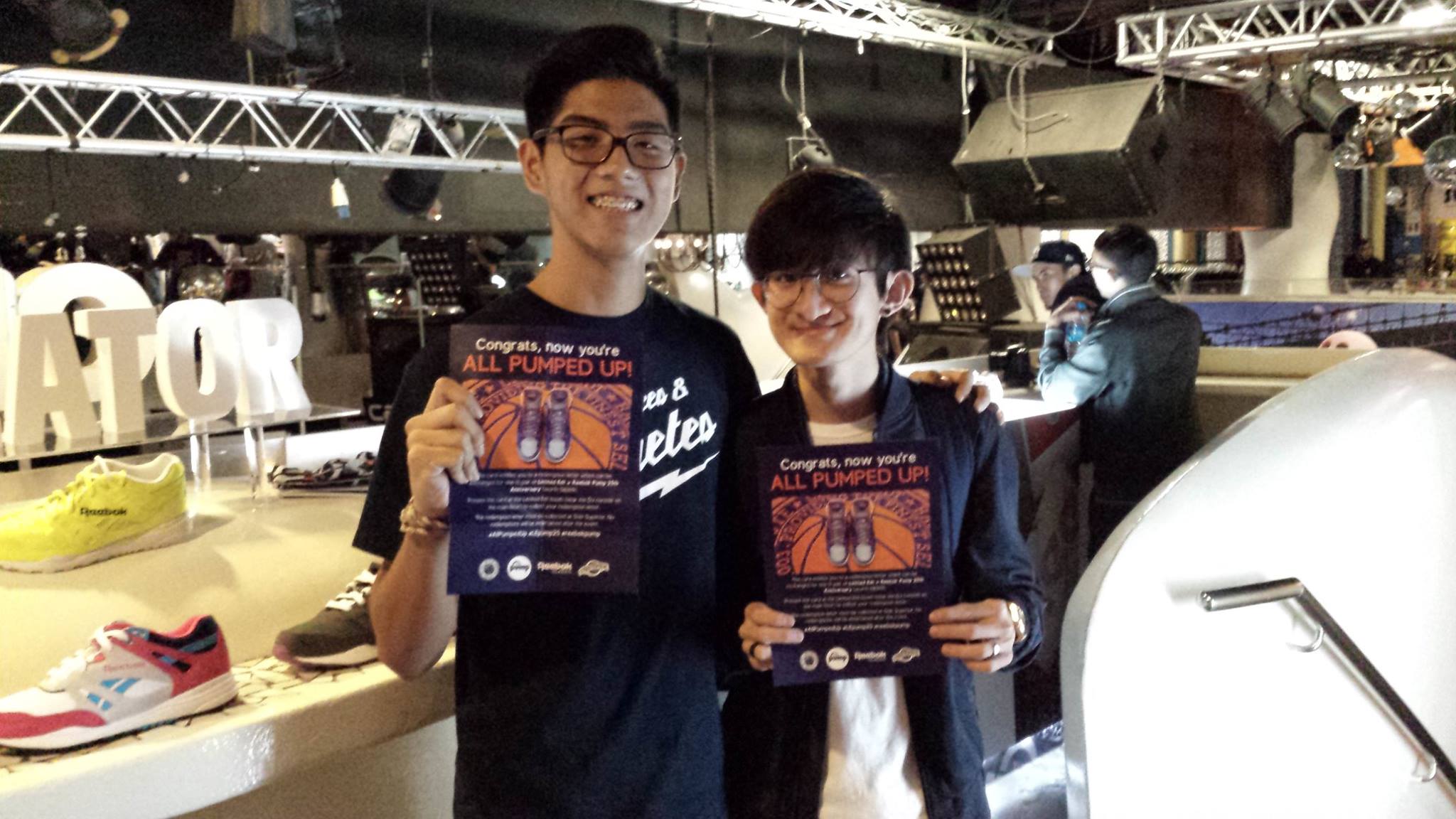 1) Singapore’s premier sneaker convention pulled out all the stops this year, working with all three arenas of Zouk – Zouk main, Phuture and Velvet Underground. So much hype was surrounding the event that in addition to its official event tee created in collaboration with Tell Your Children, the event also inspired several other commemorative tees.

The giveaways were epic too – one guy won a bundle of 4 pairs of New Balance sneakers and the grand prize was an adidas x Bombtrack collaborative bike! On behalf of Reebok and Limited Edt, we also organized a scavenger hunt and two lucky finders (pictured above) walked away with a pair of the Limited Edt x Reebok Pump 25th Anniversary each. The giveaway concluded a week-long campaign by Reebok Singapore titled “All Pumped Up”, which featured six Singapore personalities, including the organizers of Sole Superior.

2) When Paper Magazine chose to put Kim Kardashian’s naked, oiled butt (pictured above) on the cover of its November issue, it had one aim and one aim only – sell magazines. We don’t blame them, we know how that feels, and we congratulate them on their brilliant strategy. They wanted to push Paper, and they did just that.

1) Kobe Bryant topping Michael Jordan on NBA’s All-Time Scoring List? No words needed, catch all the action in the video above!

2) Facebook’s photo-sharing app, Instagram, promised to do a clean sweep of inactive, old and spam accounts on a mass scale in December, and boy did it keep to its promise. Celebrities like Justin Bieber and Kim Kardashian lost followers by the millions and mere mortals were not spared either. So effective was the mission that many nicknamed it the “InstaPurge”. Why won’t Facebook carry out the same purge on Facebook? Where it comes to spam accounts, Facebook’s a doozy.

That was our year, how was yours? Tell us in comments below!